Tourism and Indigeneity in the Arctic 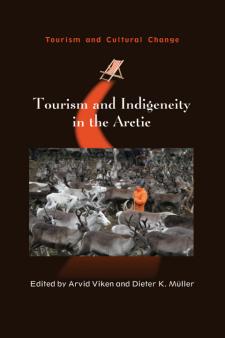 This is the first book to exclusively address tourism and indigenous peoples in the circumpolar North. It examines how tourism in indigenous communities is influenced by academic and political discourses, and how these communities are influenced by tourism. The volume focuses on the ambivalence relating to tourism as a modern force within ethnic groups who are concerned with maintaining indigenous roots and traditional practices. It seeks to challenge stereotypical understandings of indigenousness and indigeneity and considers conflicting imaginaries of the Arctic and Arctic indigenous tourism. The book contains case studies from Canada, Greenland, Norway, Sweden, Finland and Russia and will be of interest to postgraduate students and researchers of tourism, geography, sociology, cultural studies and anthropology.