Towards an Ecology of World Languages 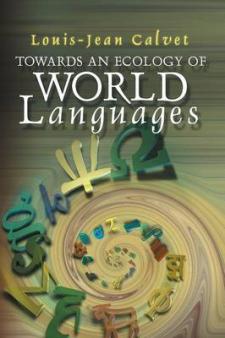 There are around 5,000 languages spoken across the world today, but the languages that coexist in our multilingual world have varied functions and fulfil various roles. Some are spoken by small groups, a village or a tribe; others, much less numerous, are spoken by hundreds of millions of speakers. Certain languages, like English, French and Chinese, are highly valued, while others are largely ignored. Even if all languages are equal in the eyes of the linguist, the world's languages are in fact fundamentally unequal. All languages do not have the same value, and their inequality is at the heart of the way they are organized across the world. In this major book Louis-Jean Calvet, one of the foremost sociolinguists working today, develops an ecological approach to language in order to analyse the changing structure of the world language system. The ecological approach to language begins from actual linguistic practices and studies the relations between these practices and their social, political and economic environment.
The practices which constitute languages, on the one hand, and their environment, on the other, form a linguistic ecosystem in which languages coexist, multiply and influence one another. Using a rich panoply of examples from across the world, Calvet elaborates the ecological approach and shows how it can shed light on the changing forms of language use in the world today. This path-breaking book will be of great value to students and scholars in linguistics and sociolinguistics and to anyone concerned with the fate of languages in our increasingly globalized world.