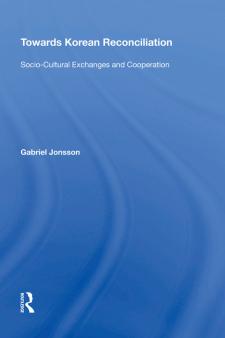 Despite historic summits and spectacular acts of reconciliation between the rival neighbours, promises of improved cross-border relations between North and South Korea have been slow to materialize. In this insightful book, Gabriel Jonsson examines the impact that increased levels of socio-cultural contact has had on inter-Korean relations, the concrete results that have been achieved and how such contact has contributed to closer relations and offers the prospect of reconciliation. With reference to lessons from the German and Yemeni unification, the book examines the development of inter-Korean relations and presents a fascinating view of South Korean perceptions of their neighbours. The book also details the wider political sphere of influence with an analysis of the positions of the United States, Japan, China and Russia on Korean unity. Based primarily on Korean language sources, this volume provides completely unique perspectives on Korean unity.