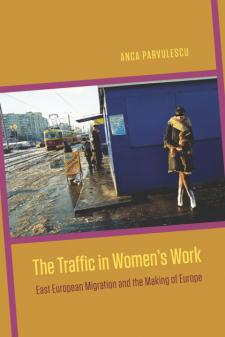 &quote;Welcome to the European family!&quote; When East European countries joined the European Union under this banner after 1989, they agreed to the free movement of goods, services, capital, and persons. In this book, Anca Parvulescu analyzes an important niche in this imagined European kinship: the traffic in women, or the circulation of East European women in West Europe in marriage and as domestic servants, nannies, personal attendants, and entertainers. Analyzing film, national policies, and an impressive range of work by theorists from Giorgio Agamben to Judith Butler, she develops a critical lens through which to think about the transnational continuum of &quote;women's work.&quote; Parvulescu revisits Claude Lvi-Strauss's concept of kinship and its rearticulation by second-wave feminists, particularly Gayle Rubin, to show that kinship has traditionally been anchored in the traffic in women. Reading recent cinematic texts that help frame this, she reveals that in contemporary Europe, East European migrant women are exchanged to engage in labor customarily performed by wives within the institution of marriage. Tracing a pattern of what she calls Americanization, Parvulescu argues that these women thereby become responsible for the labor of reproduction. A fascinating cultural study as much about the consequences of the enlargement of the European Union as women's mobility, The Traffic in Women's Work questions the foundations of the notion of Europe today.