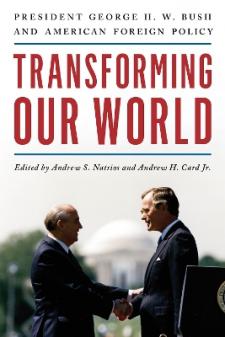 From the fall of the Soviet Union to the Gulf War, the presidency of George H. W. Bush dealt with foreign policy challenges that would cement the post-Cold War order for a generation. This book brings together a distinguished collection of foreign policy practitioners - career and political - who participated in the unfolding of international events as part the Bush administration to provide insider perspective by the people charged with carrying them out. They shed new light on and analyze President Bush's role in world events during this historic period, his style of diplomacy, the organization and functioning of his foreign policy team, the consequences of his decisions, and his leadership skills. At a time when the old American-led post-World War II order is eroding or even collapsing, this book reminds readers of the difference American leadership in the world can make and how a president can manage a highly successful foreign policy.