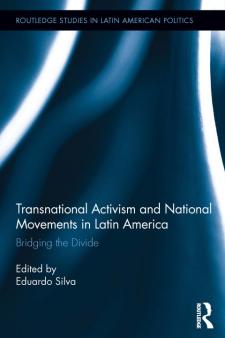 During the 1990s, as widespread perception spread of declining state sovereignty, activists and social movement organizations began to form transnational networks and coalitions to pressure both intergovernmental organizations and national governments on a variety of issues. Research has focused on the formation of these transnational networks, campaigns, and coalitions; their objectives, strategies and tactics; and their impact. Yet the issue of how participation in transnational networks influences national level mobilization has been little analyzed. What effects has the experience of social movement organizations at the transnational scale had for the development at the national scale?This volume addresses this significant gap in the literature on transnational collective action by building on approaches that stress the multi-level characteristics of transnational relations. Edited by noted Latin American politics scholar Eduardo Silva, the contributions focus on four distinct themes to which the empirical chapters contribute: Building a Transnational Relations Approach to Multi-Level Interaction; Transnational Relations and Left Governments; North-South and South-South Linkages; and The &quote;Normalization&quote; of Labor. Bridging the Divide will add considerably to empirical knowledge of the ways in which transnational and national factors dynamically interact in Latin America. Additionally, the mid-range theorizing of the empirical chapters, along with the mix of positive and negative cases, raises new hypotheses and questions for further study.