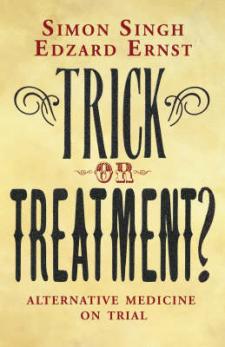 Welcome to the world of alternative medicine. Prince Charles is a staunch defender and millions of people swear by it; most UK doctors consider it to be little more than superstition and a waste of money. But how do you know which treatments really heal and which are potentially harmful? Now at last you can find out, thanks to the formidable partnership of Professor Edzard Ernst and Simon Singh. Edzard Ernst is the world's first professor of complementary medicine, based at Exeter University, where he has spent over a decade analysing meticulously the evidence for and against alternative therapies.He is supported in his findings by Simon Singh, the well-known and highly respected science writer of several international bestsellers. Together they have written the definitive book on the subject. It is honest, impartial but hard-hitting, and provides a thorough examination and judgement of more than thirty of the most popular treatments, such as acupuncture, homeopathy, aromatherapy, reflexology, chiropractic and herbal medicine. In "Trick or Treatment?" the ultimate verdict on alternative medicine is delivered for the first time with clarity, scientific rigour and absolute authority.