The Triumph and Tragedy of the Intellectuals 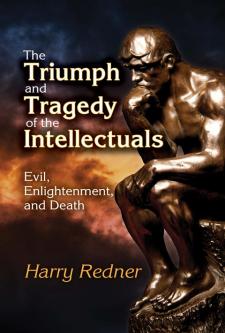 This fourth instalment of Harry Redner's tetralogy on the history of civilization argues that intellectuals have a brilliant past, a dubious present, and possibly no future. He contends that the philosophers of the seventeenth century laid the ground for the intellectuals of the eighteenth century, the Age of Enlightenment. They, in turn, promoted a fundamental transformation of human consciousness: they literally intellectualized the world. The outcome was the disenchantment of the world in all its cultural dimensions: in art, religion, ethics, politics, and philosophy.In this fascinating study, Redner demonstrates how secularization took the sting out of both the dread and promise of an afterlife and intellectuals learned to die without the hope of immortality popularized by philosophy and religion. Ultimately, they produced the ideologies that generated the totalitarian regimes of the twentieth century, which subsequently exterminated these intellectuals through mass murder on a scale never before experienced. The book traces the sources of this fatal entanglement and goes on to examine the contemporary condition of intellectuals in America and the world.Wherein lies the future of the intellectuals? Redner suggest that in the present state of globalization, dominated by technocrats, experts, and professionals, their fate remains uncertain.