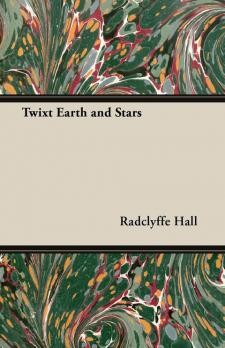 This early work by Radclyffe Hall was originally published in 1906 and we are now republishing it with a brand new introductory biography. 'Twixt Earth and Stars' is a collection of poems that include 'In a Garden', 'Drifting', 'A Memory', and many more. Marguerite Radclyffe Hall was born on 12th August 1880, in Bournemouth, England. Hall's first novel The Unlit Lamp (1924) was a lengthy and grim tale that proved hard to sell. It was only published following the success of the much lighter social comedy The Forge (1924), which made the best-seller list of John O'London's Weekly. Hall is a key figure in lesbian literature for her novel The Well of Loneliness (1928). This is her only work with overt lesbian themes and tells the story of the life of a masculine lesbian named Stephen Gordon.