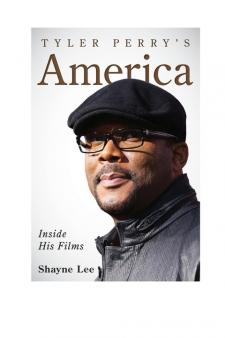 Tyler Perry is the most successful African-American filmmaker of his generation, garnering both accolades and controversies with each new film. In Tyler Perry's America, Shayne Lee digs into eleven of Perry's highest-grossing films to explore key themes of race, gender, class, and religion, and, ultimately, to discuss what Perry's films reveal about contemporary African-American life.Filled with slapstick humor, musical wizardry, and religious imagery, Tyler Perry's films have inspired legions of fans, and yet critics often dismiss them or demean their audience. Tyler Perry's America takes the films seriously in their own right. After providing essential background information on Perry's life and film career, the book looks at what the films reveal about postcivil rights America and why they inspire so many people. The book examines the way the films explore social class in Americafeaturing characters from super-rich Wesley Deeds to homeless Lindsey Wakefieldand the way Perry both celebrates upward mobility and critiques soulless wealth. The book discusses the way religion fills the filmsfrom gospel music to biblical quotes, the power of sexuality, and more. Lee also devotes a chapter to Madea, one of Perry's most controversial and complicated characters.Tyler Perry's America is a thought-provoking examination of this powerhouse filmmaker which highlights the way Perry's films appeal to viewers by connecting a rich African-American folk-cultural past with the promise of modern sophistication.