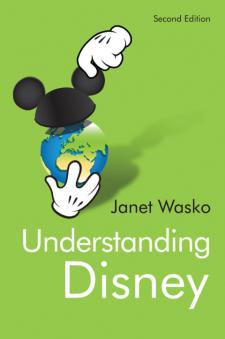 Since the 1930s, the Walt Disney Company has produced characters, images, and stories that have captivated audiences around the world. How can we understand the appeal of Disney products? What is it about the Disney phenomenon that attracts so many children, as well as adults?   In this updated second edition, with new examples provided throughout, Janet Wasko examines the processes by which the Disney company – one of the largest media and entertainment corporations in the world – continues to manufacture the fantasies that enthrall millions. She analyses the historical expansion of the Disney empire into the twenty-first century, examines the content of Disney’s classic and more recent films, cartoons and TV programs and discusses how they are produced, considering how some of the same techniques have been applied to the Disney theme parks. She also discusses the reception (and sometimes, reinterpretation) of Disney products by different kinds of audiences. By looking at the Disney phenomenon from a variety of perspectives, she provides an updated and comprehensive overview of one of the most significant media and cultural institutions of our time.   This important book by a leading scholar of the entertainment industries will be of great interest to students in media and cultural studies, as well as a broader readership of Disney fans.