The Undesirables - The Inside Story of the Inter City Jibbers 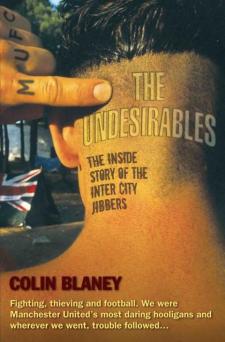 THE INTER CITY JIBBERS. WHERE UNITED WENT, THEY FOLLOWED. MAYHEM WAS NEVER FAR BEHIND.The Inter City Jibbers were the most notorious Manchester United hooligan crew of the last thirty years, and Colin 'Beaner' Blaney was up to his neck in it. His years as an ICJ and Wide Awake Firm (WAF) footsoldier saw him blacklisted as an 'Undesirable' by Interpol for smuggling Ecstasy, tearing through gangland warfare with rival crooks, and carrying out daring jewellery thefts as far afield as Taiwan and South Korea.Spurred on by the overwhelming acclaim for his first book, Grafters, Blaney's latest account includes stories originally deemed too risky to tell. This shocking, searingly honest new work from the core of the Inter City Jibbers tells of four attempted jailbreaks, and describes members of the ICJ's experiences in numerous hellish overseas jails. These include the gang rape of one WAF member in a Pakistani prison, a brutal time spent in a county lock-up in Virginia and a stint in a Yakuza-filled Japanese jail, as well as run-ins with gun-wielding foreign thugs. Above all, this is a chronicle of twenty-five years of life as an Undesirable, stealing anything that wasn't nailed down.