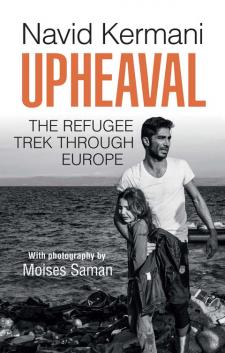 By foot, in buses, prison vans and trains, a steady stream of refugees traveled from the Greek island of Lesbos into Europe. In the autumn of 2015, award-winning writer Navid Kermani decided to accompany them on the &quote;Balkan route.&quote; In this perceptive account from the front line of the &quote;refugee crisis,&quote; Kermani shows how a seemingly distant world in which war and conflict rage has suddenly collided with our own. Kermani describes the situation on the Turkish west coast where thousands of refugees live in the most desperate conditions, waiting to take the perilous journey across the Mediterranean. Then, on Lesbos, he observes the culture shock amongst those who have survived the ordeal by sea. He speaks to aid workers and politicians, but most importantly of all to the refugees themselves, asking those who have come from Syria, Iraq, Afghanistan and elsewhere what has driven them to risk everything and embark on the long and treacherous journey to Europe. With great sensitivity Kermani reveals, often through small details, the cultural and political upheaval that has caused people to uproot their lives, and at the same time shining a light on Europe's inadequate and at times openly hostile response to the refugees. Interspersed with powerful images by the acclaimed photographer Moises Saman, Upheaval is a much-needed human account of a crisis we cannot ignore.