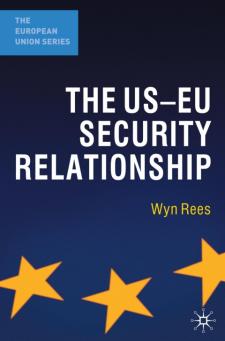 A constantly evolving security agenda has become a vital part of US–EU relations. Contemporary security challenges such as the rise of international terrorism and the threat from 'states of concern' have – in recent years – forced the US and the EU to adapt their relationship and work together in new ways. Written by a leading authority, this incisive and wide-ranging book systematically examines the development of the transatlantic security relationship in the post-Cold War era. It assesses the nature of the US and EU as international actors and considers how they cooperate together. Rees argues that – despite divergences of interest after the end of the Cold War – the complex nature of contemporary challenges is driving both sides of the Atlantic towards increased cooperation. In addition, the book looks in detail at how global and European issues such as EU defence and enlargement policies, nuclear non-proliferation, and the war on terror have affected security relations.>