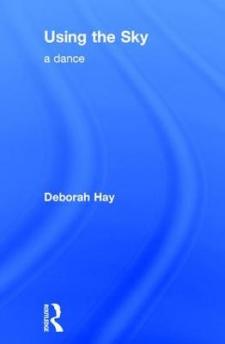 In the mid 1990's Deborah Hay's work took a new turn. From her early experiments with untrained dancers, and after a decade of focusing on solo work, the choreographer began to explore new grounds of choreographic notation and transmission by working with experienced performers and choreographers.

Using the Sky: a dance follows a similar path as Hay's previous books-Lamb at the Altar and My Body the Buddhist-by exploring her unrelenting quest for ways to both define and rethink her choreographic imagery through a broad range of alternately intimate, descriptive, poetic, analytical and often playful engagement with language and writing.

This book is a reflection on the experiments that Hay set up for herself and her collaborators, and the ideas she discovered while choreographing four dances, If I Sing to You (2008), No Time to Fly (2010), A Lecture on the Performance of Beauty (2003), and the solo My Choreographed Body (2014).

The works are revisited by unfolding a trove of notes and journal entries, resulting in a dance score in its own right, and providing an insight into Hay's extensive legacy and her profound influence on the current conversations in contemporary performance arts.