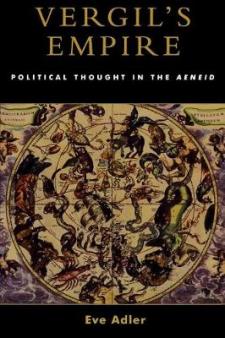 In Vergil's Empire, Eve Adler offers an exciting new interpretation of the political thought of Vergil's Aeneid. Adler argues that in this epic poem, Vergil presents the theoretical foundations of a new political order, one that resolves the conflict between scientific enlightenment and ancestral religion that permeated the ancient world. The work concentrates on Vergil's response to the physics, psychology, and political implications of Lucretius' Epicurean doctrine expressed in De Rerum Natura. Proceeding by a close analysis of the Aeneid, Adler examines Vergil's critique of Carthage as a model of universal enlightenment, his positive doctrine of Rome as a model of universal religion, and his criticism of the heroism of Achilles, Odysseus, and Epicurus in favor of the heroism of Aeneas. Beautifully written and clearly argued, Vergil's Empire will be of great value to all interested in the classical world.