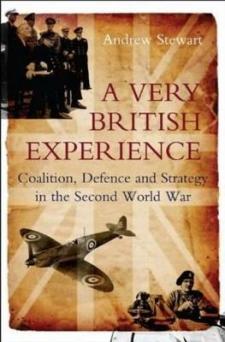 In terms of the Second World War and Britain's wartime strategy three elements deserve close scrutiny: the paramount importance of defending the British mainland and its population; the challenges of building and maintaining coalitions and alliances; and the central role the African continent assumed in all British strategic planning. A concluding essay reflects upon the degree to which in the face of an often uncertain and unconvincing approach these critical themes underpinned the British experience of the conflict. Topics addressed include 1940 and the Defence of Britain; relations with the United States; the British Empire Air Training Plan; General (Boy) Browning and Operation Market Garden; the recall of General Alan Cunningham from Libya in 1941; plans for defending the Royal Family; Exercise Genesis, which turned west London into a battleground for a day in May 1942; and the role of the Eastern Fleet off Africa. Andrew Stewart provides a compelling chapter on the loss of the Tobruk garrison in June 1942 -- one of the worst military disasters suffered by the British Empire during the Second World War. The essay on Tobruk demonstrates how all three defining elements of wartime experience converged: the loss of public confidence about how the war was being conducted; its impact on the relationship with the Union of South Africa, a key partner in the Dominion wartime coalition; and the absolute necessity that existed for deep strategic planning on the African continent -- subsequently to be realised at the final battle at El Alamein.