The Viper on the Hearth 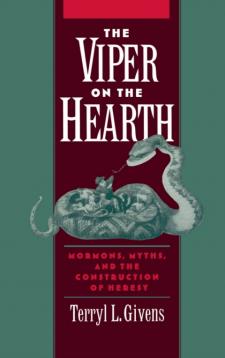 Nineteenth-century American writers frequently cast the Mormon as a stock villain in such fictional genres as mysteries, westerns, and popular romances. The Mormons were depicted as a violent and perverse people--the &quote;viper on the hearth&quote;--who sought to violate the domestic sphere of the mainstream. While other critics have mined the socio-political sources of anti-Mormonism, Givens is the first to reveal how popular fiction, in its attempt to deal with the sources and nature of this conflict, constructed an image of the Mormon as a religious and social &quote;Other.&quote;