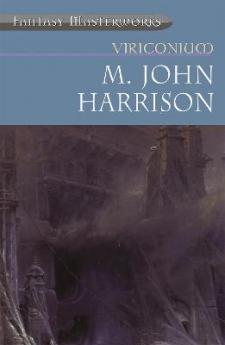 In Viriconium, the young men whistle to one another all night long as they go about their deadly games. If you wake suddenly, you might hear footsteps running, or an urgent sigh. After a minute or two, the whistles move away in the direction of the Tinmarket or the Margarethestrasse. The next day, some lordling is discovered in the gutter with his throat cut. Who can tell fantasy from reality, magic from illusion, hero from villain, man from monster ... in Viriconium?

Published here for the first time in one volume, and in the author's preferred order, are all the Viriconium stories, originally published in four books: The Pastel City, A Storm of Wings, In Viriconium and Viriconium Nights.