Virtues of the Indian/Virtudes del indio 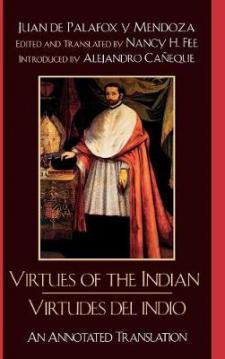 Presented in a parallel text translation, this important book brings the work of the controversial and powerful Bishop Juan de Palafox to non-Spanish speakers for the first time. A seminal document in the history of colonial Mexico and imperial Spain, Virtues of the Indian tells us as much about the Mexican natives as about the ideas, images, and representations upon which the Spanish Empire in America was built. The deeply-informed introduction, biographical essay, and annotations that accompany this vivid translation further explore the turbulent Palafox's thought and actions, contributing to a better knowledge of a key figure in the history of Spanish colonialism in the New World.