The Visible, the Sublime and the Sensus Communis 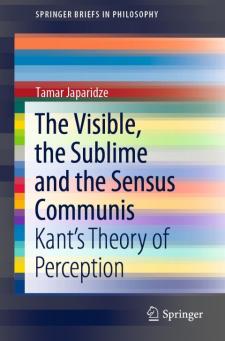 This book argues that Kant develops a theory of perception in the Critique of Judgment from which one can redefine his entire project, viewing and using aesthetics as its backbone, from the transcendental aesthetic of the First Critique to the Critique of Taste in the Third.  The author shows us how Kant exonerates the role of faculties that account for such judgments linked by inner senses, inclusive of sensus communis.  By re-examining the role of the aesthetic within Kant's critical philosophy, the compelling force of the aesthetic turn is revealed in modern philosophy. The text includes Heidegger's, Hegel's and Diderot's complex relationship to Kant in this context.This text provides important scholarship for those interested in the Kantian influence on German Idealism, the aesthetic turn in the continental tradition, especially the Frankfurt school, and more generally, those interested in the encounter between philosophy and art in this historical context.