Visual Culture and the Revolutionary and Napoleonic Wars 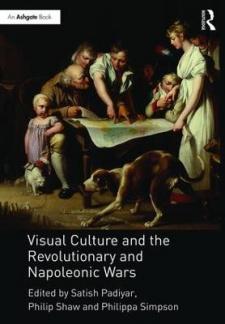 Individually and collectively, the essays in this cross-disciplinary collection explore the impact of the revolutionary and Napoleonic Wars on European visual culture, from the outbreak of the pan-European conflict with France in 1792 to the aftermath of the Battle of Waterloo in 1815. Through consideration of a range of media, from academic painting to prints, drawings and printed ephemera, this book offers fresh understanding of the rich variety of ways in which warfare was mediated in visual cultures in Britain and continental Europe.

The fourteen essays in the collection are grouped thematically into three sections, each focusing on a specific type of visual communication. Thus, Part One engages with historically specific ways of transmitting messages about war and conflict, including maps, prints, silhouette imagery and war games produced in France and Germany; Part Two considers popular and elite imagining of war between 1793 and 1815, encompassing readings of paintings by Turner, Girodet and Goya, Portuguese anti-French drawings and British satirical book illustrations; while Part Three concentrates on visual cultures of commemoration, addressing British theatrical reenactments and museum collections, and British and Dutch paintings of the Battle of Waterloo. As such, the volume uncovers fascinating new visual material and throws fresh light on some of the more canonical visual representations of conflict during the first 'Total War'.