"The Voice of Egypt" 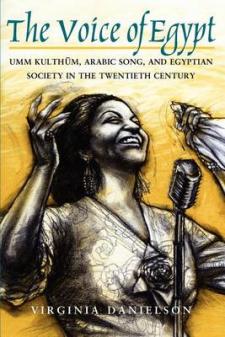 Umm Kuthum was a celebrated musical performer in the Arab world, and her songs still permeate the international airwaves. This, the first English-language biography, chronicles her life and career. In particular, it examines her popularity in a society which discouraged women from public performance. The text examines the careful construction of Kulthum's popularity; from childhood her mentors honed her abilities to accord with Arab and Muslim practice, but ultimately, she created her own idiom from local precedents and traditions, and developed original song styles from both populist and neo-classical traditions. Danielson seeks to show how Umm Kulthum's music and public personality helped form popular culture and contributed to the broader artistic, societal and political forces surrounding her.