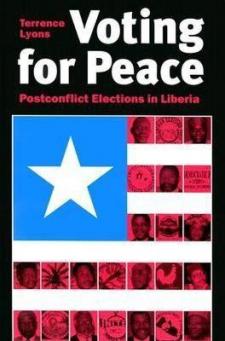 Elections have been used as a mechanism to institutionalize a new political order following internal conflict in Cambodia, El Salvador, Angola, Mozambique, Bosnia, and now Liberia. This book analyzes the Liberian transition and the July 1997 elections in order to better understand the relationship between war termination and transitions to democracy and the role post-conflict elections play in promoting both of these goals.
The Liberian elections represented the final stage of a seven-year, West African-led peace process. An overwhelming majority voted for former factional leader Charles Taylor in the belief that if Taylor did not win, war would erupt again. The Liberian transition demonstrates that post-conflict elections may play an important role in a process of war termination. In many cases, it may be necessary to move forward with war termination and "imperfect" elections in the short run and pursue goals relating to democratization after the new government has been put in place. This study uses a detailed examination of the difficult Liberian case to highlight the more general challenges of helping countries make the transition from civil conflict and authoritarian rule to peace and democracy.
Studies in Foreign Policy