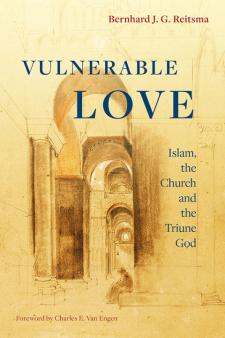 All too often, a Christian response to Islam is rooted in antagonism and steeped in defensiveness and fear. Yet the church is not called to engage in a battle with Islam in order to conquer Muslims, and when we, as Christians, wield apologetics like a weapon and shroud the message of Christ’s sacrifice in the armour of polemics, we destroy the credibility of our witness even as we seek to save the lost.

Bernhard Reitsma invites the church to rediscover a Christ-like approach to Islam – an approach that roots itself in love, vulnerability, and fearless embrace. Far from ignoring the complex challenges faced by Christians living in Muslim-majority nations – or in Western countries where Islam is on the rise – Reitsma addresses practical concerns such as persecution, political power, the nation of Israel, and contextualization, all within a thoroughly biblical and Christ-centered framework. Reitsma reminds us that the church’s calling is not to defend Christendom but to reveal the glory of Christ. To that end, let us lay down our weapons, take off our armour, and introduce our Muslim brothers and sisters to the vulnerable, unconditional love of Christ.