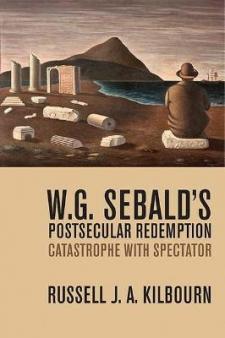 Focusing on W. G. Sebald's four works of prose fiction-The Rings of Saturn, Vertigo, The Emigrants, and Austerlitz-Russell J. A. Kilbourn traces the author's abiding preoccupation with redemption in a world that has been described as postsecular. He shows that Sebald's work stands between modernism's ironic hopes for redemption and whatever comes after. Out of the spectacle of humankind's slow-motion self-destruction, a ""Sebaldian subject""-masculine, melancholic, ironic, potentially queer-emerges across the four prose narratives.

Alongside Sebald studies' traditional subjects, which include memory, historiography, Sebald's critique of an image-based culture, and his highly intermedial poetics, W. G. Sebald's Postsecular Redemption demonstrates Sebald's relevance for affect theory, new materialism, and the posthuman turn. It critiques the possibility of metaphysical or eroto-salvific models of redemption, arguing against the temptation of psychoanalytic interpretations, as Sebald's work of memory rejects the discourse of redemption in favor of restitution.

In its consideration of Sebald's place in twentieth-century literature and after, Kilbourn's book engages with such predecessors as Nabokov, Kafka, Conrad, and Beckett, concluding with comparisons with contemporaries Claudio Magris and Alice Munro.