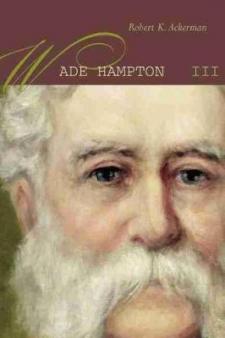 Providing the most balanced and comprehensive portrayal of Wade Hampton III to date, Robert K. Ackerman's biography explores the remarkable abilities and tragic failings of the planter-statesman who would come to personify the Civil War and Reconstruction in South Carolina. Ackerman traces Hampton's esteemed lineage and his preparation for life as a Southern aristocrat. Though Hampton benefited from third-generation wealth, a classical education, and an inherent sense of noblesse oblige, as Ackerman notes, prior to the war Hampton served almost without distinction in the South Carolina General Assembly - with the exception of his opposition to reopening the slave trade. Hampton did not favor secession, but once South Carolina left the Union, he committed himself fully to the Confederate effort and thus began his path to legend. Ackerman follows Hampton from amateur soldier to decorated cavalry leader, from multiple wounds at Gettysburg to the defense of the Confederate flank at Petersburg. Hampton eventually succeeded J. E. B. Stuart as commander of Lee's cavalry in the Army of Northern Virginia and distinguished himself as one of three non - West Point graduates to attain the rank of lieutenant general in the Confederate army. Emotionally and financially devastated by the Confederacy's defeat, Hampton briefly pondered continuing the conflict as a guerrilla war before emerging as a leading advocate for policies of moderation. His election to the governorship in 1876 brought an end to Federal Reconstruction in South Carolina. Ackerman elaborates on Hampton's limited success in enacting policies of moderation and his eventual defeat at the hands of virulent racists and anti-autocratic populists. Ackerman suggests that, despite some success as governor and later as a U.S. senator, Hampton was ultimately overwhelmed by forces of racism, with tragic consequences for his state, yet he remains for many a revered icon of the Old South.