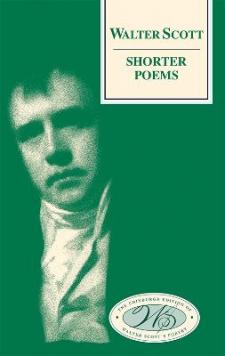 This fully annotated scholarly edition, based on new archival research, comprises 134 poems, several of which went unpublished, and all of which have been expertly re-edited from early printings or manuscript originals. Walter Scott remained a poet throughout his writing career and this collection of poems ranges chronologically from the earliest efforts of a clever Edinburgh schoolboy to the last works of an old and ailing international celebrity author. The poems span generically songs and ballads, theatrical contributions, epitaphs, translations from Latin, Spanish, French, Gaelic and German, and private jeux d'esprit. The comprehensive editorial apparatus provides readers with the historical and literary context for every poem, engages with the relation of song lyrics to musical settings, and traces all quotations and allusions to books, people and places.