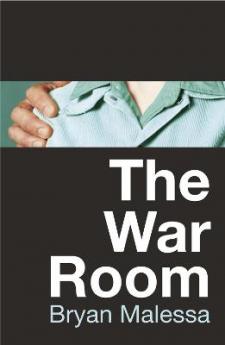 A coming-of-age story about a young boy's painful relationship with his family and its past, `The War Room' is the second novel from Bryan Malessa, author of `The Flight'.

Set in an Ohio village and the American South, `The War Room' centres on a young boy and his increasingly difficult relationship with his father, a German immigrant who grew up in the war. As the boy prods his father over the years to learn more about his deceased grandparents and his father's past, his father becomes both violent and supportive, punishing his son physically while slowly opening up and revealing his past. Through a series of revelations, the son learns not only about his father's family history but also about his taciturn mother's past, a German descendant whose family settled in America generations earlier. Among the broader but not widely known public details he learns is that Germans are the largest ethnic group in the United States. But unlike the Anglos or Irish for example, who freely celebrate their cultures and thus appear larger, Germans disappear almost entirely and dissociate themselves from their ancestral homeland, which through two World Wars stood as the United States' pre-eminent enemy.

As the boy grows and struggles with the painful details of his family's past and his larger ethnic culture, he is faced with the choice of embracing it or rejecting it forever. In the process of trying to reach a conclusion during his teenage years, he is taken by his older brother deep into another world that he had never intended to enter and from which he must fight for his life to free himself, so that he can find his missing father to confront the brutality he inflicted on them.