War at Sea in the Middle Ages and the Renaissance 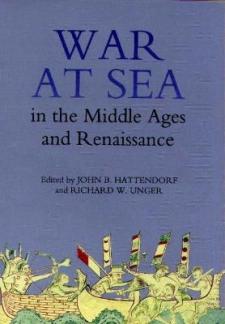 This volume is both a restatement of current interpretations of sea power in the middle ages and the Renaissance and a general introduction to naval and maritime history over four and a half centuries. The book offers broad conclusions on the role and characteristics of armed force at sea before 1650, conclusions that exploit the best current understanding of the medieval period. The examination of naval militias in the Baltic, permanent galley fleets in the Mediterranean, contract fleets and the use of reprisal for political ends all illustrate the variety and complexity of naval power and domination of the sea in theyears from 1000 to 1650.
The detailed and closely coordinated studies by scholars from Europe, North America, and Australia show patterns in war at sea and discuss the influence of the development of ships, guns, and the language of public policy on maritime conflict. The essays show theimportance and unique character of violence at sea in the period.