Warfare in the Russian Arctic 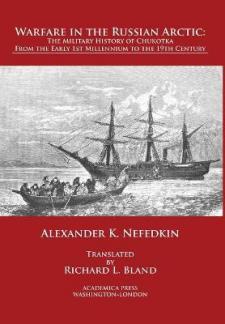 Alexander Nefedkin's highly original new book, translated by the noted American scholar Richard L. Bland, is devoted to the understudied topic of the military and military-political history of Chukotka, the far northeastern region of the Russian Federation, separated from Alaska by Bering Strait. This study is based on primary sources, including archeological, folkloric, and documentary evidence, dating from ancient times to the cessation of conflict in the territory in the nineteenth century. Nefedkin's analysis surveys the military history of these eras, reassessing well known topics and bringing to light previously unknown events.