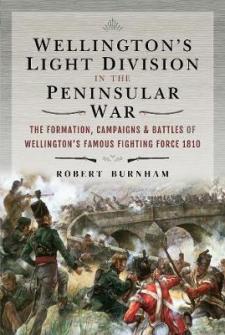 In February 1810, Wellington formed what became the most famous British unit in the Peninsular War: the Light Division. Formed around the 43rd and 52nd Light Infantry and the 95th Rifles, the exploits of these three regiments would become legendary. Over the next 50 months, the division would fight and win glory in almost every battle and siege of the Peninsular War.

From its origins as a brigade of light infantry which was involved in the first clashes of the British army in Portugal - the battles of Rolica and Vimeiro - and, having proved its worth, was developed into a full division when it returned to the Peninsula in 1810.

The Light Division became famous for the speed of its marching over vast distances, its unique form of discipline based upon respect for the ordinary rankers and allowing individual initiative. The men were trained to operate independently and, unlike the musket-armed infantry of the line who delivered mass volleys, the men of the Light Division, many of who carried rifles, concentrated on aimed fire at individual targets.

As such, Wellington expected the Light Division to perform the most difficult and hazardous operations, often being the first into battle and the last to retire.

Understandably, some of the most memorable characters of Wellington's army and many of its notable diarist and historians. It is through those eyes and words that this major, and long-anticipated study of the early years of the Light Division, is compiled.