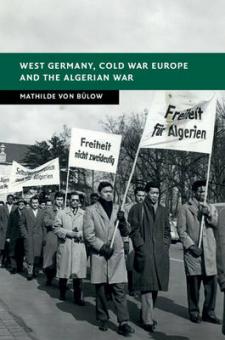 An illuminating and provocative account of Germany's role as sanctuary for Algerian nationalists during their fight for independence from France between 1954 and 1962. The book explores key issues such as the impact of external sanctuaries on French counterinsurgency efforts; the part played by security and intelligence services in efforts to eliminate these sanctuaries; the Algerian War's influence on West German foreign and security policy; and finally, the emergence of West German civic engagement in support of Algeria's independence struggle, which served to shape the newly independent country's perception of its role and place in international society. Mathilde Von Bulow sheds new light on the impact of FLN activities, the role of anti-colonial movements and insurgencies in the developing world in shaping the dynamics of the Cold War, as well as the manner in which the Algerian War was fought and won.