The Western Landscape in Cormac McCarthy and Wallace Stegner 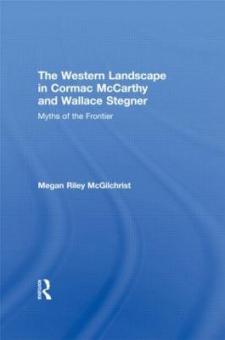 The western American landscape has always had great significance in American thinking, requiring an unlikely union between frontier mythology and the reality of a fragile western environment. Additionally it has borne the burden of being a gendered space, seen by some as the traditional "virgin land" of the explorers and pioneers, subject to masculine desires, and by others as a masculine space in which the feminine is neither desired nor appreciated. Both Wallace Stegner and Cormac McCarthy focus on this landscape and environment; its spiritual, narrative, symbolic, imaginative, and ideological force is central to their work. In this study, McGilchrist shows how their various treatments of these issues relate to the social climates (pre- and post-Vietnam era) in which they were written, and how despite historical discontinuities, both Stegner and McCarthy reveal a similar unease about the effects of the myth of the frontier on American thought and life. The gendering of the landscape is revealed as indicative of the attempts to deny the failure of the myth, and to force the often numinous western landscape into parameters which will never contain it. Stegner's pre-Vietnam sensibility allows the natural world to emerge tentatively triumphant from the ruins of frontier mythology, whereas McCarthy's conclusions suggest a darker future for the West in particular and America in general. However, McGilchrist suggests that the conclusion of McCarthy's Border Trilogy, upon which her arguments regarding McCarthy are largely based, offers a gleam of hope in its final conclusion of acceptance of the feminine.