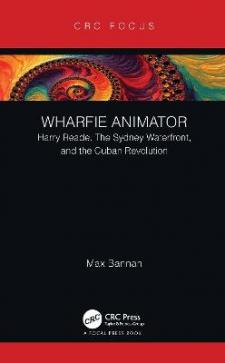 This book examines the life of the Australian artist Harry Reade (1927-1998) and his largely overlooked contribution to animation. It constitutes a biography of Reade, tracing his life from his birth to his period of involvement with animation between 1956 and 1969. It explores the forces that shaped Reade and chronicles his experiences as a child, his early working life, the influence of left-wing ideology on his creative development, his introduction to animation through the small but radical Waterside Workers' Federation Film Unit (WWFFU), and the influence he had on the development of Cuban animation as an educational tool of the Revolution.

The text offers an alternative framework for considering the political, social, and cultural themes that characterised 1950s Australia and 1960s Cuba.

A rare look into the cultural heritage of labor organizations and the populist power of animation to stimulate radical social consciousness.

The book also crosses a range of intellectual disciplines, including Animation Studies, Art History, Cinema Studies, and the Social and Political Histories of Australia and Cuba.

Max Bannah lives on Queensland's Sunshine Coast. Between 1976 and 2010, he worked in Brisbane as an animator producing television commercials, short films, and cartoon graphics. He also lectured in Animation History and Practice and Drawing for Animation at the Queensland University of Technology where, in 2007, he completed his Masters by Research thesis, "A Cause for Animation: Harry Reade and the Cuban Revolution."