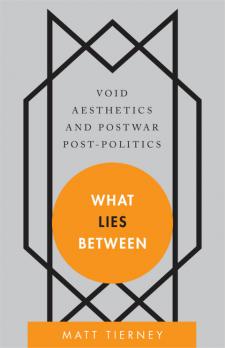 By what aesthetic practice might post-politics be disrupted? Now is a moment that many believe has become post-racial, post- national, post-queer, and post-feminist. This belief is reaffirmed by recent events in the politics of diminished expectations, especially in the United States. What Lies Between illustrates how today’s discourse repeats the post-politics of an earlier time. In the aftermath of World War II, both Communism and Fascism were no longer considered acceptable, political extremes appeared exhausted, and consensus appeared dominant. Then, unlike today, this consensus met a formal challenge, a disruption in the shape of a generative and negativist aesthetic figure—the void. What Lies Between explores fiction, film, and theory from this period that disrupted consensual and technocratic rhetorics with formal experimentation. It seeks to develop an aesthetic rebellion that is still relevant, and indeed vital, in the positivist present.