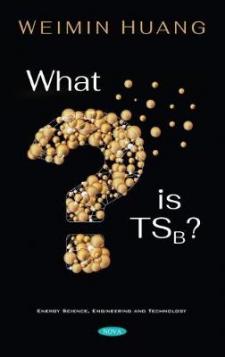 This book is intended to answer the following questions: 1. What is? 2. Why is the momentum order? 3. When and where does irreversibility occur? 4. How can the matter become more orderly? In a relatively well-understood field of my research, the new concepts will be used to explain some of the problems that have puzzled people for about 150 years. The is a type of energy that is missing, not the heat extracted from known energy. It is the potential energy of the spatial configuration of the momentum at the location of the material in the system constructed under known forces. There are two potential energies in the mechanics system. Boltzmann entropy is to calculate the total number of microscopic states by the number of momentum counted in the statistical system. So it must be the order of momentum, instead of the spatial position arrangement of the witnessed substances. The entropy of the ideal gas in the wall-less space can be proved to be equal to considering spatial degeneracy due to space distinguishable of molecule momentum. The gas state equation hides the principle of interaction invariance. One force has two kinds of potential energy. The certainty of the statistical system stems from the order of momentum. The Clausius statement of the second law of thermodynamics is that heat spontaneously flows from a high temperature object to a low temperature one. The Boltzmann entropy of this process is decreased, which is in contrast to the increase of Clausius entropy of the process. This shows that there are two kinds of entropy and two kinds of entropy criteria. The world around us often becomes more orderly. The vortex in the fluid is due to the combination of the angular momentum number and the order flow structure generated spontaneously. When the electrons in the Hydrogen atom form a covalent bond of the molecule, the degeneracy of the electron microscopic states is caused by quantum entanglement. This merge is not only a spontaneous process, but also the molecule is a more ordered material state. Since the mixing process is also a spontaneous process of ISB reduction, the mixture is in a more ordered state. These help us understand that a large number of high molecular compounds are crowded into cells to construct highly ordered life activities. Of course, the orderly process is conditional. We can expect to discover more in the application of the second law of thermodynamics.