What's in it for Me? 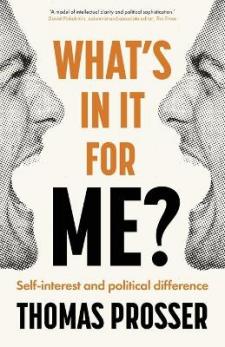 This punchy and provocative book asks a simple but overlooked question: why do we have the political views that we do?

Offering a lively and original analysis of five worldviews - conservatism, national populism, liberalism, the new left and social democracy - Thomas Prosser argues that our views tend to satisfy self-interest, albeit indirectly, and that progressive worldviews are not as altruistic as their adherents believe. But What's in it for me? is far from pessimistic. Prosser contends that recognition of self-interest makes us more self-reflective, allowing us to see humanity in adversaries and countering the influence of echo chambers.

As populist parties rise and liberalism and social democracy decline, this timely intervention argues that to solve our political differences, we must first realise what we have in common. -- .