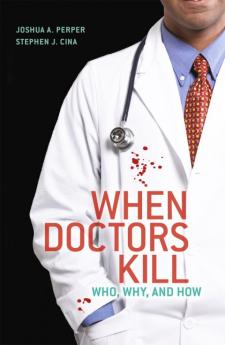 It would come as no surprise that many readers may be shocked and intrigued by the title of our book. Some (especially our medical colleagues) may wonder why it is even worthwhile to raise the issue of killing by doctors. Killing is clearly an- thetical to the Art and Science of Medicine, which is geared toward easing pain and suffering and to saving lives rather than smothering them. Doctors should be a source of comfort rather than a cause for alarm. Nevertheless, although they often don’t want to admit it, doctors are people too. Physicians have the same genetic library of both endearing qualities and character defects as the rest of us but their vocation places them in a position to intimately interject themselves into the lives of other people. In most cases, fortunately, the positive traits are dominant and doctors do more good than harm. While physicists and mathematicians paved the road to the stars and deciphered the mysteries of the atom, they simultaneously unleashed destructive powers that may one day bring about the annihilation of our planet. Concurrently, doctors and allied scientists have delved into the deep secrets of the body and mind, mastering the anatomy and physiology of the human body, even mapping the very molecules that make us who we are. But make no mistake, a person is not simply an elegant b- logical machine to be marveled at then dissected.