Where the Sea Breaks 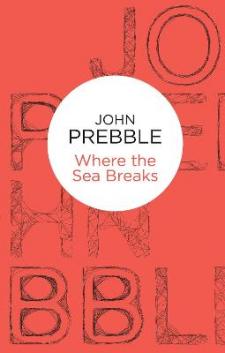 A German bomber crash-lands on a small Scottish island and the Nazi pilot, with his crew of three, seizes control of the place. Two guns are stripped from the wreckage; an inquisitive collie-dog is killed; a young man is shot dead beside his radio . . . and `martial law' is declared.

As thundering seas cut off the island from the mainland, John Prebble works out this wartime story to its terrifying climax. Methodically, brutally the Nazi officer shapes his plans; dumbly, sullenly the Scottish folk hold out and bide their time.

Whose nerves will be the first to crack?