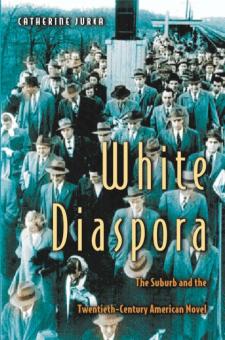 This is the first book to analyze our suburban literary tradition. Tracing the suburb's emergence as a crucial setting and subject of the twentieth-century American novel, Catherine Jurca identifies a decidedly masculine obsession with the suburban home and a preoccupation with its alternative--the experience of spiritual and emotional dislocation that she terms &quote;homelessness.&quote; In the process, she challenges representations of white suburbia as prostrated by its own privileges. In novels as disparate as Tarzan (written by Tarzana, California, real-estate developer Edgar Rice Burroughs), Richard Wright's Native Son, and recent fiction by John Updike and Richard Ford, Jurca finds an emphasis on the suburb under siege, a place where the fortunate tend to see themselves as powerless. From Babbitt to Rabbit, the suburban novel casts property owners living in communities of their choosing as dispossessed people. Material advantages become artifacts of oppression, and affluence is fraudulently identified as impoverishment. The fantasy of victimization reimagines white flight as a white diaspora. Extending innovative trends in the study of nineteenth-century American culture, Jurca's analysis suggests that self-pity has played a constitutive role in white middle-class identity in the twentieth century. It breaks new ground in literary history and cultural studies, while telling the story of one of our most revered and reviled locations: &quote;the little suburban house at number one million and ten Volstead Avenue&quote; that Edith Wharton warned would ruin American life and letters.