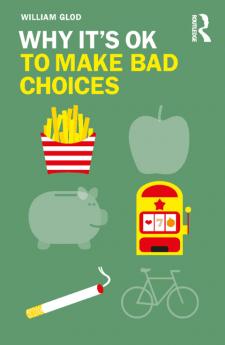 If we are kind people, we care about others, including others who tend to hurt themselves. We all have friends or family members who have potential but squander or even ruin their lives from things like drug abuse, unwise spending decisions, or poor dietary habits. Concern for others often motivates us to endorse laws or private interventions meant to keep people from harming themselves even if that's what they want to do in the moment. However, it is far from clear that such paternalistic measures are, on net, benign, and they tend to violate an understanding that we should let adults make their own decisions. In this little book, William Glod argues that it's OK to allow people to make bad choices. It's OK even if those choices risk causing a lot of harm. Most defenders of paternalism agree that some bad choices are not harmful enough to require laws to stop them. However, Glod goes further. He argues that some people might want - and deserve - the freedom to make truly bad choices because such freedom is the only way they can act responsibly.a He also argues that some &quote;bad&quote; choices may not even be bad, even if we can't know with confidence a person's true desires. In addition, the book explores choices that are bad because they might impose high monetary costs on others, arguing that mandatory insurance may be a better solution than eliminating the choice. Finally, it explores the potential pitfalls of paternalistic laws and policies - and how unintended, costly consequences can sabotage the most well-intended plans.Key FeaturesIntroduces key concepts for understanding paternalism and freedom of choice for undergraduates and general readersDiscusses how many of our preferences are not easily understood by others, and shows how assumptions of what our true preferences can often backfire Explores ways in which people may want the freedom to make mistakesExamines the unintended consequences and associated problems of many paternalistic laws and regulations