William Camden - A Life in Context 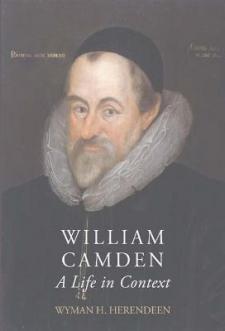 William Camden [1551-1623] was one of the most notable historians of the Elizabethan period; his works include Britannia the first description of Britain county by county. A herald by profession, he moved in the literary and political circles of London in an age when history and the study of the past interacted with present politics, and was well-connected with many leading figures of the time; his involvement with the precursor of what is now the Society of Antiquaries of London is of especial importance.

This book provides the first major analytical biography of Camden's life and career since that of Thomas Smith in 1691. It offers a comprehensive analysis of Camden's life and of the context in which he lived, including in its great scope a wide range of aspects of English and European learned culture during the sixteenth and early seventeenth centuries; and examines the nature of his extraordinary impact on writers both of his own and later generations.

WYMAN H. HERENDEEN is Professor and Department Chair in the Department of English at the University of Houston, Texas.