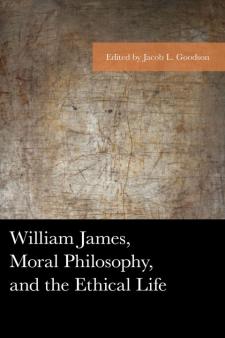 Virtue theory, natural law, deontology, utilitarianism, existentialism: these are the basic moral theories taught in “Ethics,” “History of Philosophy,” and “Introduction to Philosophy” courses throughout the United States. When the American philosopher William James (1842 – 1910) find his way into these conversations, there is uncertainty about where his thinking fits. While utilitarianism has become the default position for teaching James’s pragmatism and radical empiricism, this default position fails to address and explain James’s multiple criticisms of John Stuart Mill’s formulaic approach to questions concerning the moral life. Through close readings of James’s writings, the chapters in William James, Moral Philosophy, and the Ethical Life catalogue the ways in which James wants to avoid the following: (a) the hierarchies of Christian natural law theory, (b) the moral calculus of Mill’s utilitarianism, (c) the absolutism and principle-ism of Immanuel Kant’s deontology, and (d) the staticity of the virtues found in Aristotle’s moral theory. Elaborating upon and clarifying James’s differences from these dominant moral theories is a crucial feature of this collection. This collection, is not, however, intended to be wholly negative – that is, only describing to readers what James’s moral theory is not. It seeks to articulate the positive features of James’s ethics and moral reasoning: what does it mean to an ethical life, and how should we theorize about morality?