The wines of South Africa 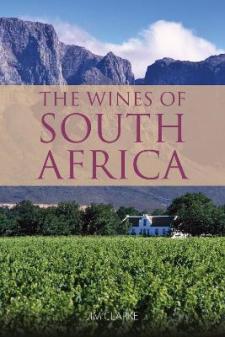 South Africa is the eighth largest wine-producer in the world and its wine industry is among the oldest of the New World. Today it is one of the globe's most dynamic industries, compact but diverse. In the past decade a new generation of winemakers has breathed new life into centuries-old estates and new, boutique brands alike.

The wines of South Africa is in four sections. The first introduces readers to the history of South African wine, beginning with the arrival of the Dutch and the establishment of what would become Cape Town.

The second section analyzes South Africa's industry today. It pinpoints the geological, geographical, and climatic conditions that create the parameters and potential of South African wine. It describes the major grape varieties and wine styles and outlines the broad range of wines being produced. It shows the current infrastructure of the industry, significant regulatory matters, and South Africa's place in export markets. It also includes a general overview of wine tourism in South Africa.

The third section inspects the challenges the industry faces, focusing on the three largest: profitability and the loss of vineyards as farmers switch to higher-margin orchards; environmental concerns, the effects of climate change, and water conservation; and the legacy of apartheid and continued imbalances in the socioeconomic structure of the Western Cape, including land redistribution, black economic empowerment initiatives designed to create a new generation of black business owners, and efforts to create a skilled, better-paid black workforce within the industry.

The last section familiarizes readers with the major growing areas of South Africa and the most important producers operating in each one. It opens with a description of the Wine of Origin system, which designates three tiers of major appellations: Regions, Districts and Wards. Descriptions of individual regions and the producers based within each of them follow.

A glossary explains important terms that are specific to the South African wine industry.