Winning the War on Cancer 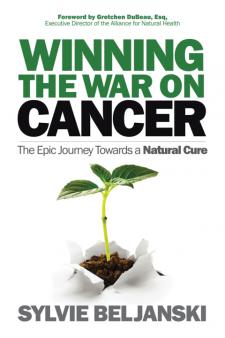 ';A fascinating combination of personal story and details on the suppression of holistic cancer(and other disease) therapies' (Ann E. Fonfa, president, The Annie Appleseed Project). President Nixon signed the National Cancer Act in 1971, declaring a war on the disease. Nearly fifty years and several billion dollars later, it looks like we have lost the battle. Or have we? What if a natural solution had been there all along, just overlooked by the pharmaceutical industry? When a new, natural, and non-toxic way to address cancer is being discovered, it is a game changer that does not go unnoticed in the scientific community. But instead of being hailed and embraced, it is fiercely opposed by prominent scientists with strong ties to the pharmaceutical industry, and the might of the government is called to the rescue. As a result, we are losing the war on cancer. Mirko Beljanski, PhD, one of the first green molecular biologists, was called upon by former French president Franois Mitterrand to treat his prostate cancer, allowing him to reach his second term in office, but upon his death, Beljanski became the subject of relentless persecution aimed at wiping out this information. In Winning the War on Cancer, his daughter Sylvie Beljanski outlines her journey of learning about her father's discoveries, and ensuring his legacy is available to all those struggling with the disease today. ';Whether a current patient or caregiver, a survivor, a researcher, an author/speaker, or a physician, the information in this book is groundbreaking, exciting, and essential to know... Sincere, captivating, poignant, and educational.' Annie Brandt, founder and president of Emerita, Best Answer for Cancer Foundation