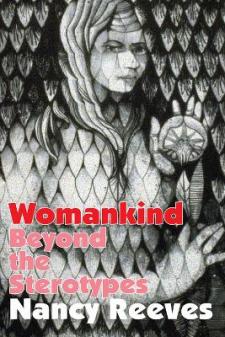 A stereotype can be defined as a rendering by consensus. Since WOMANKIND: BEYOND THE STEREOTYPES first appeared in 1971, a turbulent decade has passed. In launching a new edition after such an interval, it seems appropriate to ask how far society has moved: be-yond the stereotypes. Such motion is a critical gauge of the status of women, for the power to define can also be the power to destroy; as long as the second sex is culturally prepackaged, its biographical destiny will be preprogrammed and perilous. Looking backward then to 1971, it is clear that the liberation movement has affected consciousness; it has even subverted received doctrine. On the other hand, the stereotypes have not disappeared; they have simply gone underground. At the explicit level, one can point to new patterns; at the implicit level, traditional definitions persist, and continue to be both determinative and destructive.

Actualizing the architecture of this book, I set out to examine fixed positions related to a) stereotypes of role, and b) assumptions of thought. In this edition, I have added a section called "Interpenetrations," where I undertake to analyze, in terms of current metamorphosis, what has hap-pened in the private and in the public spheres. The chapter entitled, "Sex and Gender," deals with the characteristic interweaving of present im-peratives and past prototypes, in relation to biography. The chapter en-titled, "The Politics of Power," deals with the same characteristic inter-weaving, in relation to history. In a transitional period, transformation proceeds unevenly: old and new are a continuing part of contemporary reality. In sum, I have attempted to harmonize what is unprecedented with what is familiar, and to dissect meaningful strands from the tangle of paradoxical precepts. Embarking on such venturesome thought, I have been mindful of the caveat of Jacob Bronowski: "If today we want to find relief from the uncertainties of a changing world in some cozy arbitrary doctrine, then we had better face the likelihood that tomorrow the Dark Ages will return."