The Working World of International Organizations 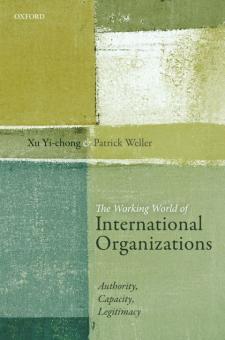 It has long been established that the crisis of 1066 generated a florescence of historical writing in the first half of the twelfth century. Emily A. Winkler presents a new perspective on previously unqueried matters, investigating how historians' individual motivations and assumptions produced changes in the kind of history written across the Conquest. She argues that responses to the Danish Conquest of 1016 and the Norman Conquest of 1066 changed dramaticallywithin two generations of the latter conquest. Repeated conquest could signal repeated failures and sin across the orders of society, yet early twelfth-century historians in England not only extract English kings and people from a history of failure, but also establish English kingship as a worthy officeon a European scale. Royal Responsibility in Anglo-Norman Historical Writing illuminates the consistent historical agendas of four historians: William of Malmesbury, Henry of Huntingdon, John of Worcester, and Geffrei Gaimar. In their narratives of England's eleventh-century history, these twelfth-century historians expanded their approach to historical explanation to include individual responsibility and accountability within a framework of providential history. In this regard, they made substantialdepartures from their sources. These historians share a view of royal responsibility independent both of their sources (primarily the Anglo-Saxon Chronicle) and of any political agenda that placed English and Norman allegiances in opposition. Although the accounts diverge widely in the interpretation of character,all four are concerned more with the effectiveness of England's kings than with the legitimacy of their origins. Their new, shared view of royal responsibility represents a distinct phenomenon in England's twelfth-century historiography.