The World of Bereavement 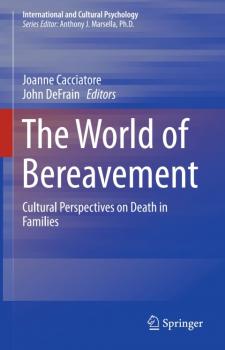 This visionary work explores the sensitive balance between the personal and private aspects of grief, the social and cultural variables that unite communities in bereavement, and the universal experience of loss. Its global journey takes readers into the processes of coping, ritual, and belief across established and emerging nations, indigenous cultures, and countries undergoing major upheavals, richly detailed by native scholars and practitioners. In these pages, culture itself is recognized as formed through many lenses, from the ancestral to the experiential. The human capacity to mourn, endure, and make meaning is examined in papers such as:  Death, grief, and culture in Kenya: experiential strengths-based research. Death and grief in Korea: the continuum of life and death. To live with death: loss in Romanian culture. The Brazilian ways of living, dying, and grieving. Death and bereavement in Israel: Jewish, Muslim, and Christian perspectives. Completing the circle of life: death and grief among Native Americans. It is always normal to remember: death, grief, and culture in Australia. The World of Bereavement  will fascinate and inspire clinicians, providers, and researchers in the field of death studies as well as privately-held professional training programs and the bereavement community in general.