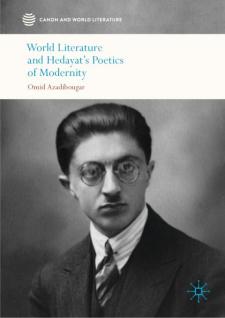 This book introduces the canonical figure Sadegh Hedayat (1903-1951) and draws a comprehensive image of a major intellectual force in the context of both modern Persian Literature and World Literature. A prolific writer known for his magnum opus, The Blind Owl (1936), Hedayat established the use of common language for literary purposes, opened new horizons on imaginative literature and explored a variety of genres in his creative career. This book looks beyond the reductive critical tendencies that read a rich and diverse literary profile in light of Hedayat's suicide, arguing instead that his literary imagination was not solely the result of genius but rather enriched by a vast network of the world's literary traditions. This study reflects on Hedayat's attempts at various genres of artistic creation, including painting, fiction writing, satire and scholarly research, as well as his persistent struggles for artistic authenticity, which transcended solidly established literary and artistic norms. Providing a critical reading of Hedayat's work to untangle aspects of his writing - including reflections on science, religion, nationalism and coloniality - alongside his pioneering work on folk culture, and how humor informs his writings, this text offers a critical review of the status of Persian literature in the contemporary landscape of the world's literary studies.